People on Australia's east coast are being warned to stay away from beaches on Sunday morning after warnings of a possible tsunami.The alert follows a massive 8.8-magnitude earthquake which struck off the coast of Chile, toppling buildings, cutting power and killing at least 76 people.

Nations around the Pacific Ocean are on full alert as a tsunami triggered by a 8.8 magnitude earthquake in central Chile brings higher than normal waves. Tsunami warnings have been sounded in an area affecting about a quarter of the globe. Waves have spread from the epicentre of quake and may strike land bordering the Pacific in the next 24 hours.Warning systems have improved since the 2004 Indonesia quake sparked a tsunami that killed nearly 250,000…

Australia on tsunami watch after quake

20:54 AEST Sat Feb 27 2010 NineMSN
Australia's east coast has been put on tsunami watch following a major 8.8-magnitude earthquake struck off the coast of Chile where at least six people have been killed. The Joint Australian Tsunami Warning Centre (JATWC) issued a tsunami watch at 7:45pm (AEDT) on Saturday declaring a "potential tsunami… Continue

One in five Pacific women die during child birth and pregnancy

ABC RADIO AUSTRALIA 26 Feb 2010 A study by the New Zealand Parliamentarians' Group on Population and Development has found that five women die each day in Pacific Island countries due to pregnancy or childbirth-related causes. Researchers heard submissions from around 17 organisations and individuals and found that high rates of teenage pregnancy and a shortage of midwives…

Banaban.com has now gone through a major upgrade

Hi we have just done a major upgrade on our old banaban.com website to intergrate all our new Banaban sites together and more importantly cross-link information and historical data etc. If you find errors or missing links please forward the problem through to stacey@banaban.com so I can fix it. The old Banaban site has been going since 1993 so it is a very large site so with loads of historical and archived information. We now have included fundraising…

The extent of damage from Cyclone Pat is filtering through from Aitutaki in the Southern Cook Islands. About 80 per cent of houses on the island have been damaged and many have lost their rooves. The local airline has heavily discounted fares to the island for people to help with the clean up and recovery effort.

Some people on the cyclone-hit island of Aitutaki in Cook islands are so despondent at the damage that they're talking about selling up and leaving for Australia or New Zealand. That's according to the island's Mayor, Tai Herman.

He says the Cook Islands government is providing assistance to clean up in the wake of Cyclone Pat, and the first…

Ken and I would like to wish our family in Aitutaki all the best wishes and prayers. Ken had a lovely phone call conversation from te umane (Bure), wife and daughter just before Christmas. Bure was saying how much he was missing all his family back in Rabi and asked Ken to convey his greetings to all his family in Rabi and Banaba. We hope that they are all OK and are not suffering to much from the devastation caused by Cyclone Pat. If anyone has an update with news on the family please let…

Residents of an isolated atoll In the Cook Islands are being told to tie themselves to coconut trees if Cyclone Pat hits them. The system is intensifying, and hurricane strength winds are now being reported at its centre. At the moment Pat is located north of the island of Aitutaki, and is headed directly for the tiny atoll of…

THE word "minority" is often used to describe a "small group of people within a community or country, differing from the main population in race, religion, language or political persuasion, (Oxford Dictionary of English).

We in Fiji are familiar with this particular understanding of the term "minority". I have heard pleas and calls for the support of the…

A report into the loss of more than thirty lives from a boating accident in Kiribati last July is due out soon.

Hononolulu Advertiser Tuesday 9 Feb 2010
The Coast Guard says that it located the 28-member crew of the disabled fishing vessel Hou Chun 11 early this morning and is providing medical care to injured crewmembers. Corpsmen aboard the cutter Alex Haley are treating two Hou Chun 11 crewmembers who are reported to have suffered burns. The Alex Haley will… Continue

On February 27th, the people of Nauru will vote on changing the country's constitution. Since 2003 Nauru has been debating changes to its constitution, which its people hope will end what's been one of the most unstable political histories in the region. Since independence in 1968, there have been at least 36 changes of government… Continue

Wellington - The former head of New Zealand's immigration service Wednesday admitted lying on applications to secure a senior job in the public service. Mary Anne Thompson, 54, who previously worked in the prime minister's department, falsely claimed that she had a PhD from the London School of… Continue

More background information on type of bullets found on Rabi

By Fred Christopher, Suva, Fiji
I checked the web for this – see below ....I see sniping in there: 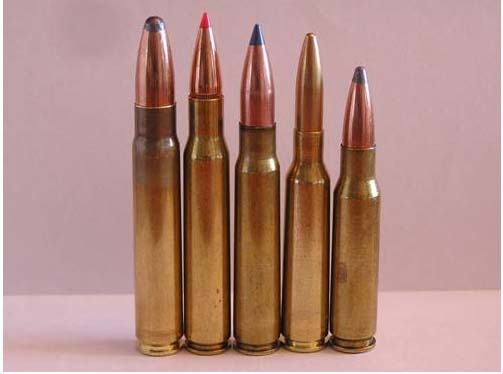 A RABI fisherman stumbled upon bullets on his village foreshore on Monday.

The 35 live rounds of ammunition were discovered by a 35-year-old man, at the Tabwewa Village foreshore, while on his way fishing.

Police spokesman Sgt Suliano Tevita confirmed that investigations were underway into the origins of the bullets.